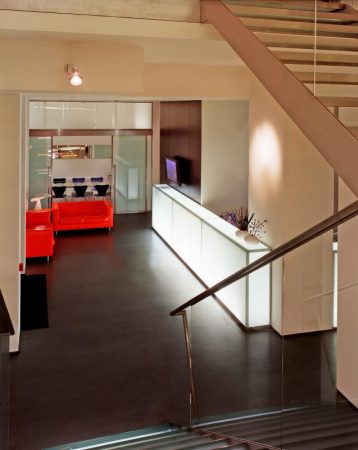 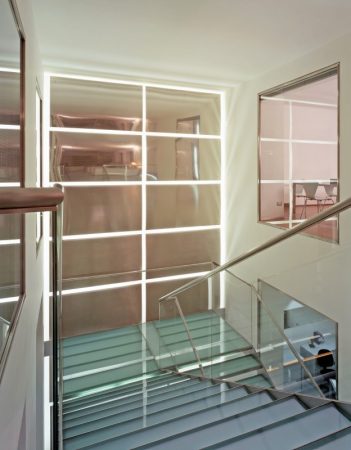 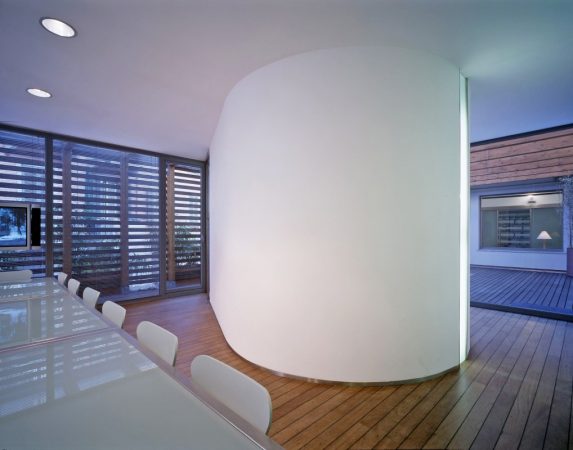 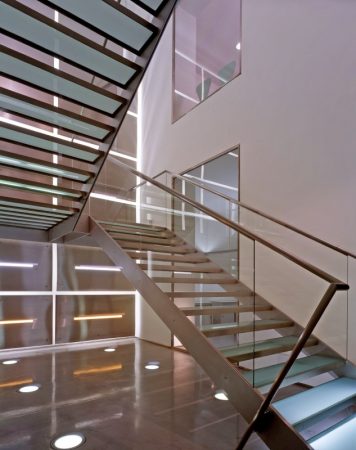 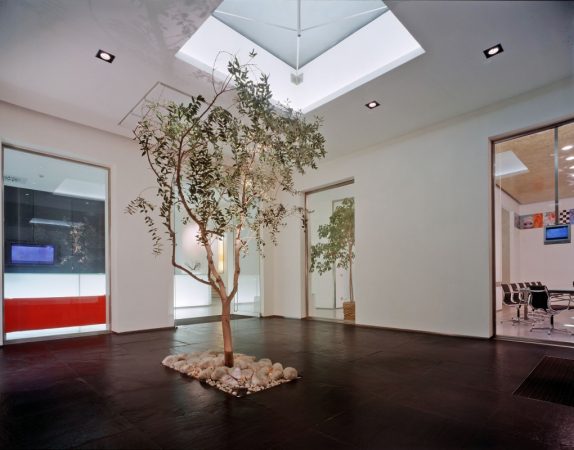 The concept of the project was the creation of a new office for FilmMaster (the most important Italian film production company for advertising), which is characterized by a sequence of courtyards.
The theme of the office has developed towards the idea of “workshop of images”, arriving at the concept of “cinematographic atelier “. In fact the space is defined as an articulation the relation between light and shadow, which are the building materials of cinema and architecture as well.
The tall volume of the factory between two courtyards assumes two main functions: at the ground floor we find areas related to the functions of receiving (reception, meeting rooms), waiting (lounge area and bar with large screens) and the connection between various levels; in the first floor we find the producers and executive producers offices.
The basement is conceived to host the production and postproduction studios.