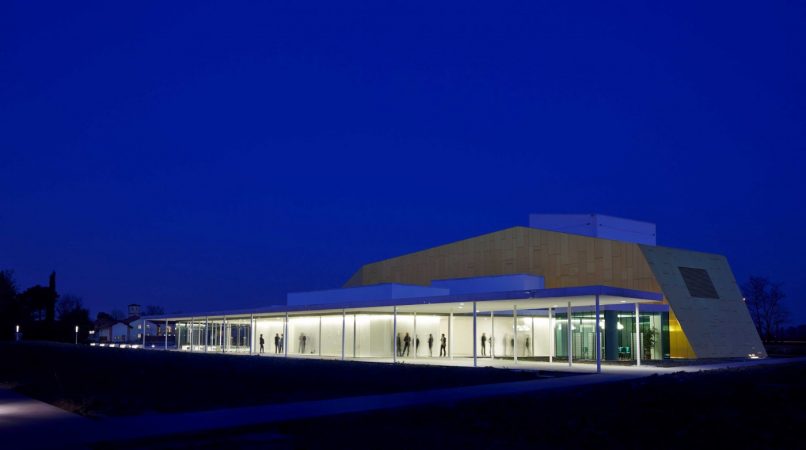 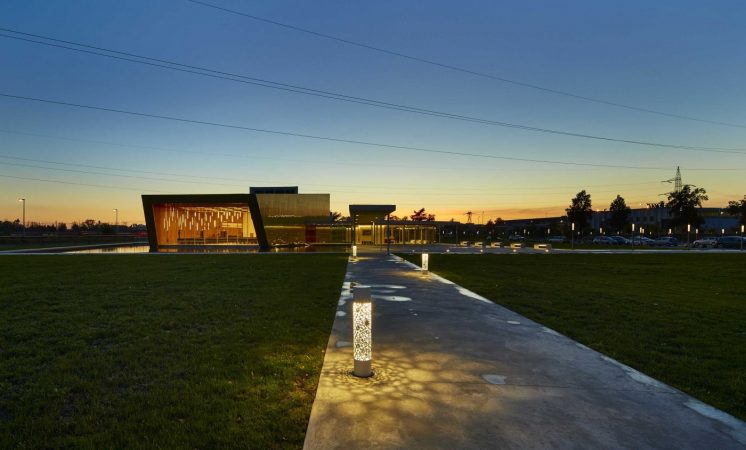 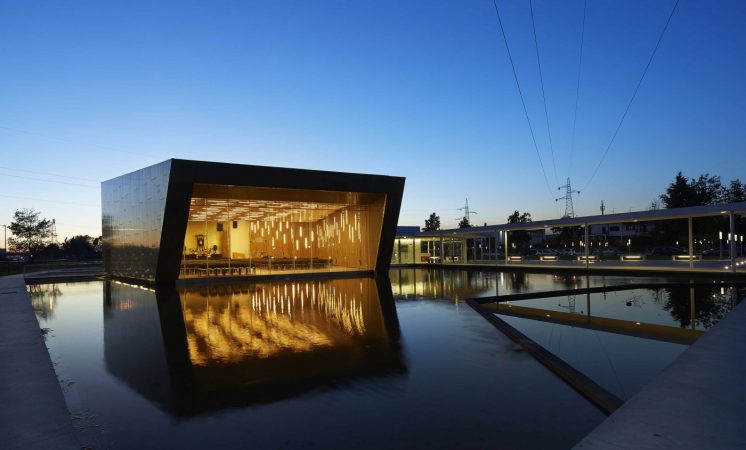 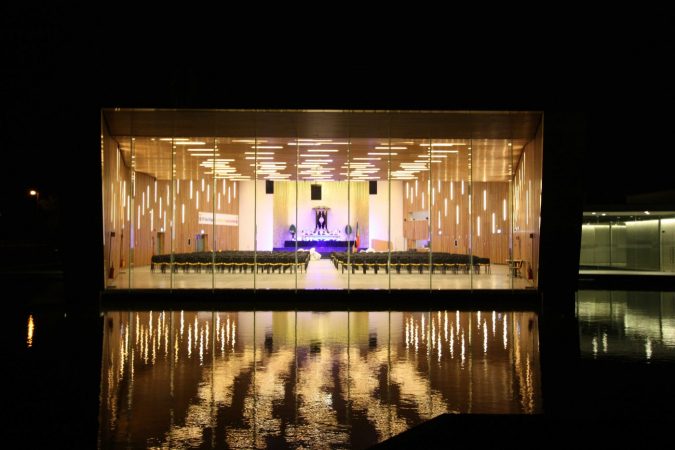 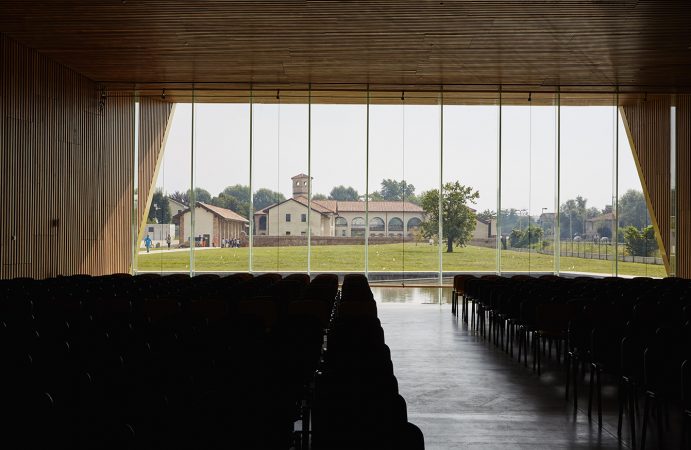 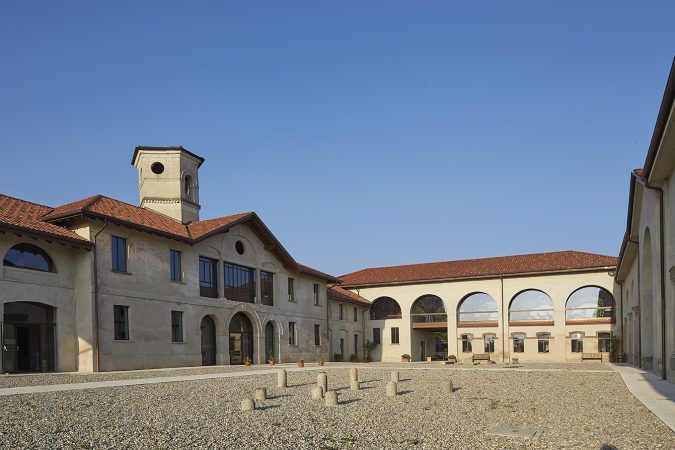 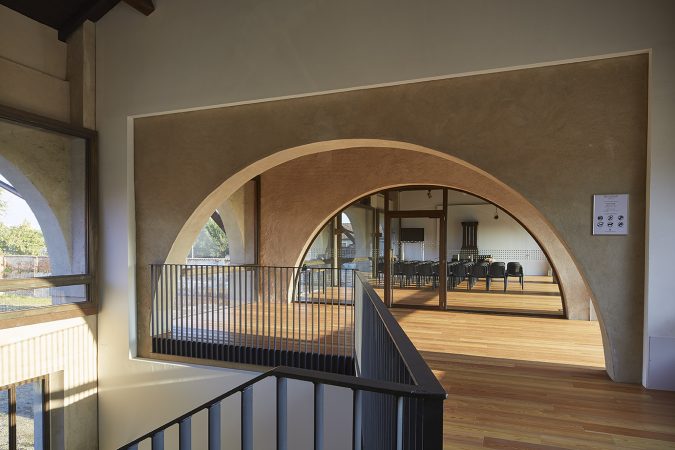 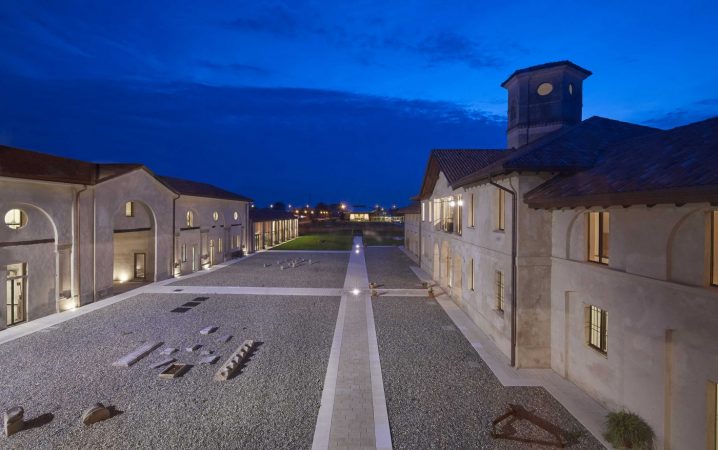 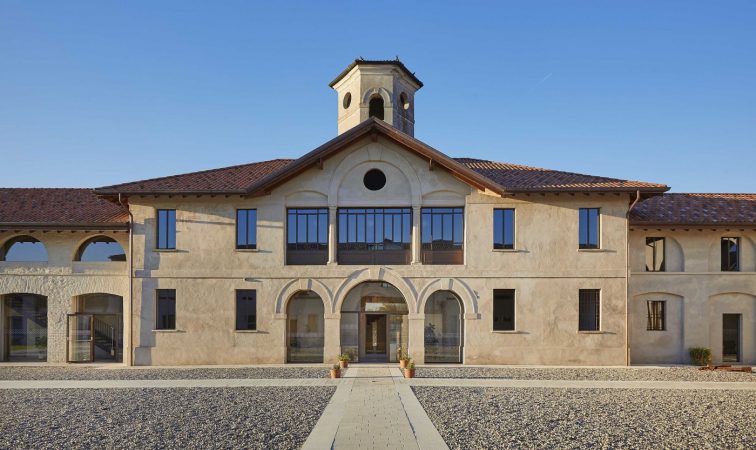 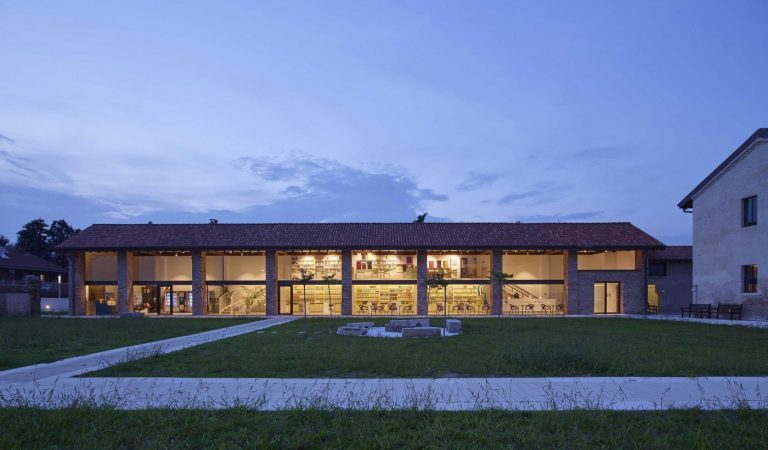 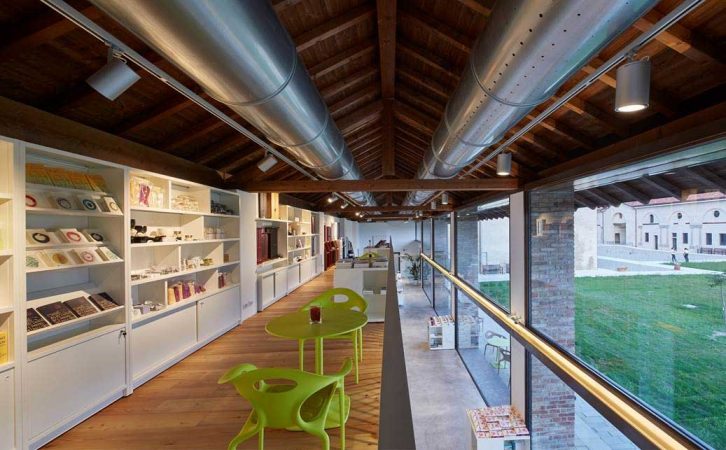 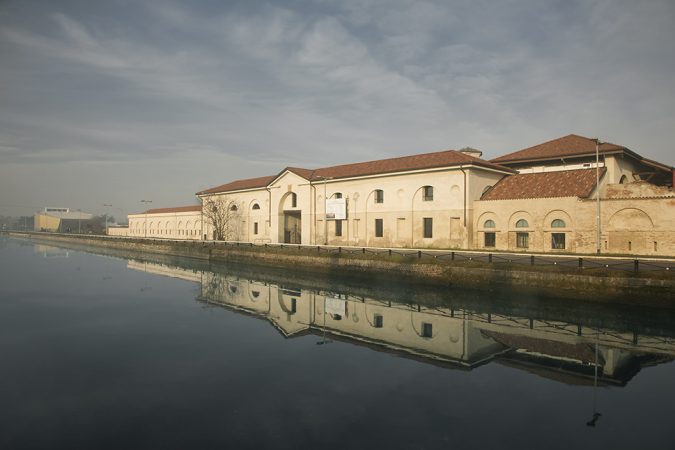 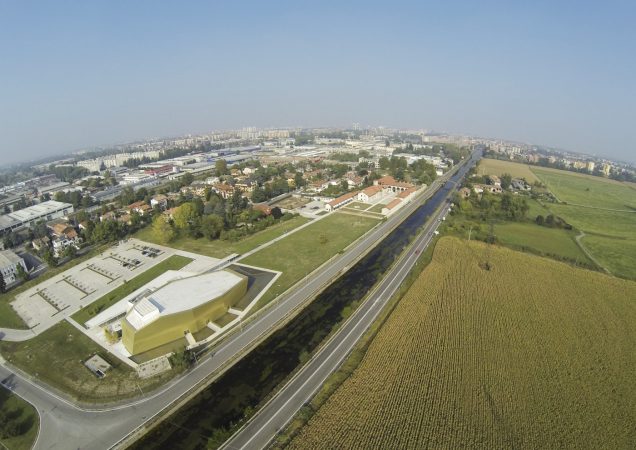 The “Cascina Guardia di Sopra” is an ancient monumental agricultural complex that stands along an ancient road on the banks of an artificial stream. The stream is a part of the network of canals designed by “Leonardo da Vinci” for Milan.
The “Kaikan” Complex is realized by restoration of an important historic monumental structure together with the construction of a new building for the main convention centre inside a big garden along the water canal.
The convention centre works also as civic hall for the citizens and as temple for the local Buddhist Community. This contemporary building is covered by a second skin of golden colour copper finishing that assures thermal and electromagnetic insulation.
Internally wall and ceiling are timber finishing to host linear lights and to break the sound waves reverberations. The hall is for 1000 seats.
Furthermore, a small meeting hall tremples in new shape by wood, glass and Corten steel completing the lack of some ancient building of the complex, collapsed in the past.
The newly constructed biggest building is surrounded by a big water pond giving it a symbolic reference to a lotus petal or a big golden fish.