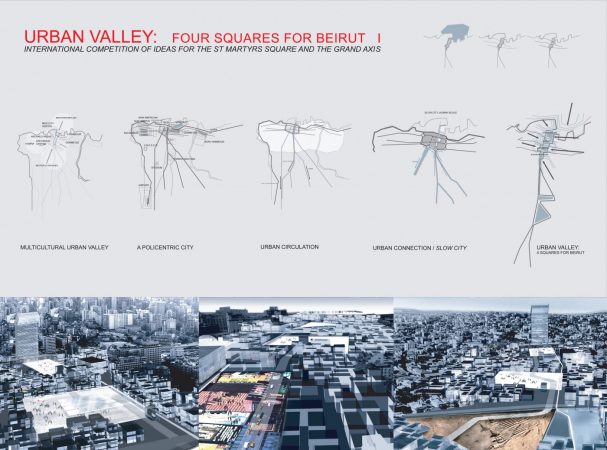 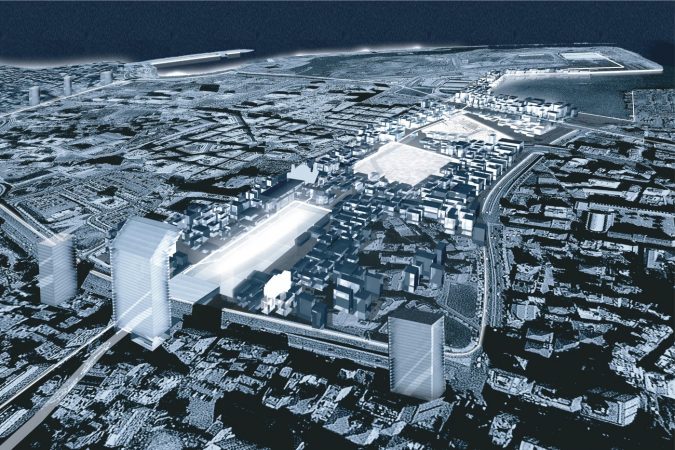 The project is not about individual symbols, but about a diffused urban fabric. It is not about visible growth, but about tying fragments into a whole composition. It is not about contrasts between old and new and between roads and buildings, but about blending the heterogeneous nature of the city into something which in the end almost approaches invisibility. Our project is not about large perimeter blocks with a secluded indoor life, but about human movement in and through the city. Our project does not intend the Grand Axis as a corridor, but as a progression of different and meaningful urban spaces and situations.
The project, let alone abandoning the conceptual idea of a Grand Axis, turns this into a road for local traffic, at an appropriate scale for Central Beirut. Three major public spaces (squares) act as cores of each mega-urban block, surrounded by a dense if low urban fabric; the sequence of squares (one rectangular, one square, one triangular) is the focus of the project. The new harbor to be built to the north should be interpreted as the fourth square, with its own characteristics and theme. In a sequence, from south to north: rectangular square = business and leisure; second square = commerce; triangular square = archaeology and culture; fourth square = water leisure.