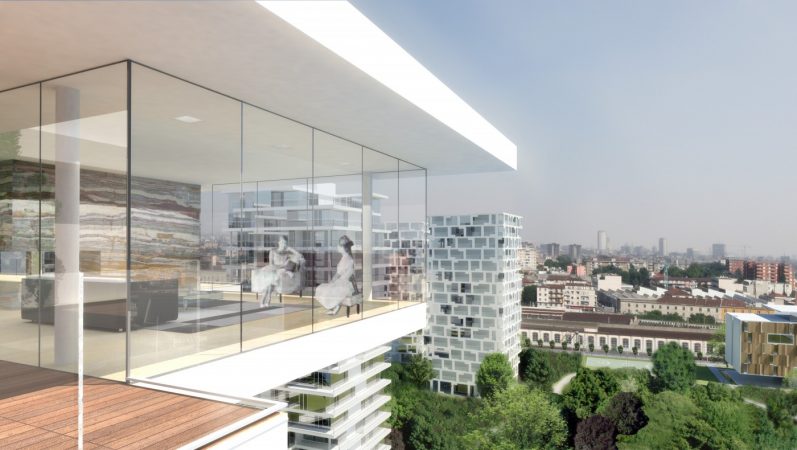 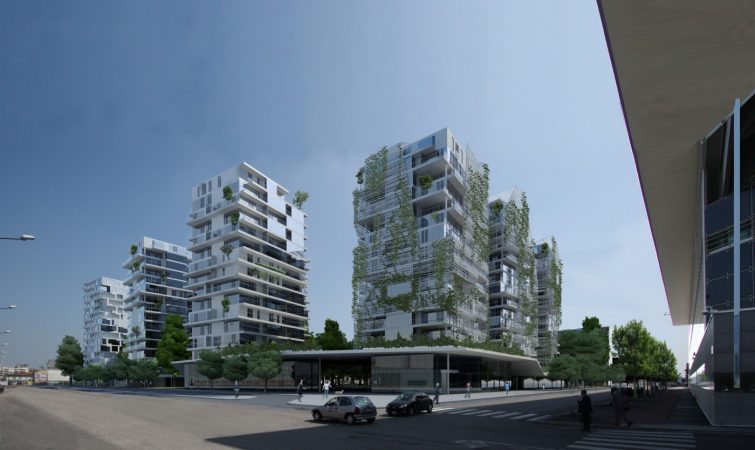 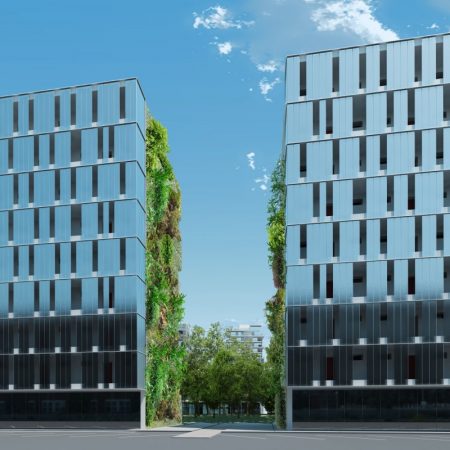 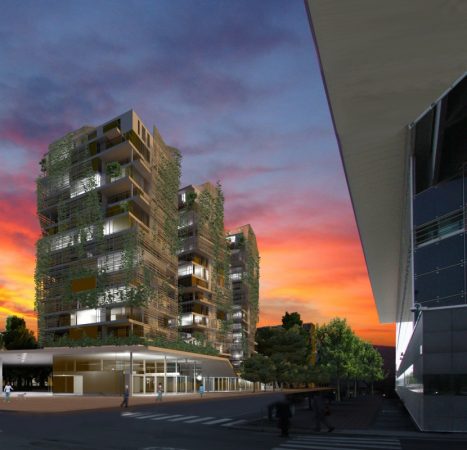 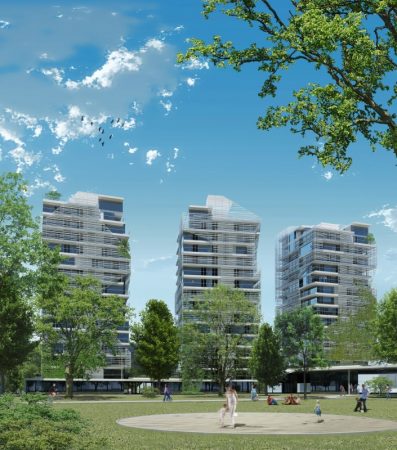 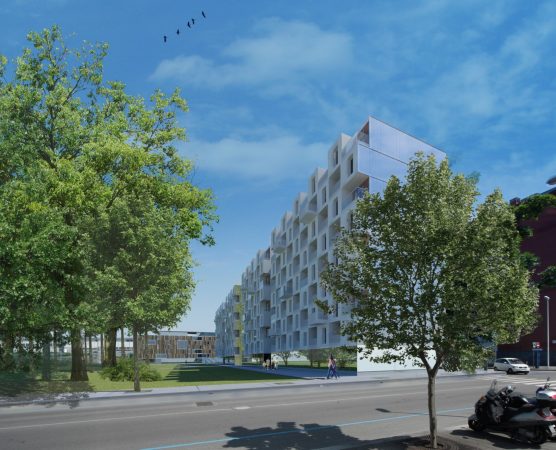 The main fundamental theme is the concept of “Central Park” – the heart of the system represents more diffused and effective paragon of New York Central Park that functions as the lungs of the city.
To simplify the concept following the “modulor of Le Corbusier”. That defines a human as metaphor in the master plan. The site of the project is treated as the “Heart of Bicocca”.
Here the central axis represents graphically the footpath as an alternative solution to roads that penetrates in the blocks passing through the passages connecting all the courtyards, gardens and hypogeal squares ending in the New Academy Plaza.
The project is the focal point of footpath because it is a necessity to fulfil the missing connection between the new development with the public services and multiplex with the new park.
The massive green of the park is defined in the urban sides by roads and public commercial ribbon from which the residential tower rises.
The towers have a double skin, the external skin hosts climbing greenery and allows a different shape for each tower without affecting the clever prefabricated structural system.