The Italian Design Day(Week) 2022 in Qatar 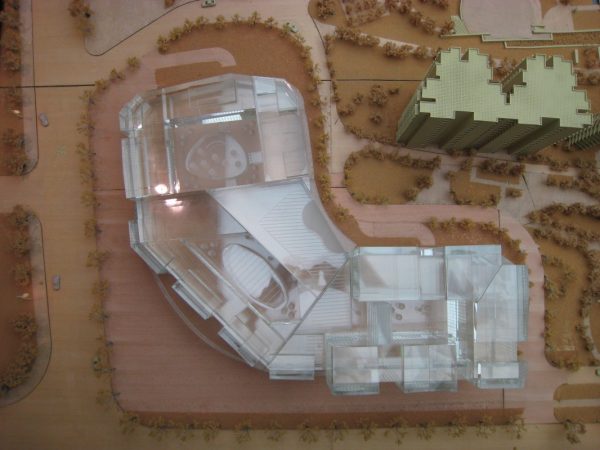 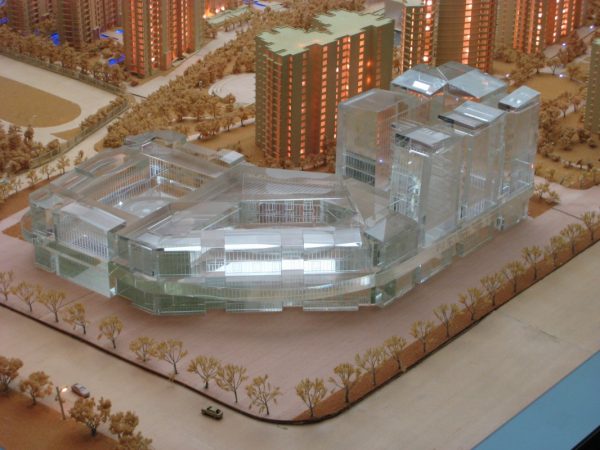 This multifunctional building is designed with the first two levels for retail area around an oval shape void centrally placed courtyard including the vertical connections by elevators and panoramic lifts.  The third level (“the belt’’) contains public functions for the mall visitors and hotel guests: 2 restaurants and bar, indoor swimming pool and spa, entertainment zones, distributed around the two raised courtyards placed in two extremes.
The levels rises up to the twelfth floor hosting suites and rooms together with a view towards the city and inner garden of the “terrace-courtyards”.
The massive and dense volume obtained by the flooring area on the relatively small plot drove the design concept toward the de-composition of the volume in two  ways:
The first one is carving inside the inner mass, creating voids as courtyards and sky light on the big entrance atrium.
The other one is cutting the façade in vertical grooves. Recessed entrances, egresses or just lack of curtain wall on the edge to split the building in several different blocks.
The glass material of the double glazing and the irregular prismatic shape of these small vertical volumes are conceptually related to the natural geometry of icebergs.
The unity meaning will be given back by a unique horizontal organic belt of cantilever floor that will assemble the different “ice” blocks.